What is Support Corona Warriors Initiative?

Our Corona Warriors (Healthcare workers, Administration, Police, Municipal workers) need our wholehearted support in the fight against Coronavirus. While we are staying at home, our Corona Warriors are fighting day and night the frontline for us. Like Us, they also have their families. It’s also our duty to help these warriors in every possible way.

What are we donating? 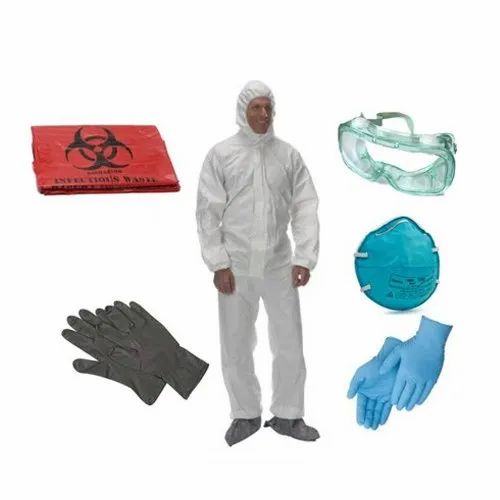 How you can join this initiative ?

Any amount is welcome. There is no minimum amount. 1 PPE Kit and 1 Face shield together costs around 800 Rs (after GST, logistics etc).

Complete transparency is assured. All purchase invoices, their payment proofs and Photographs will be published on our website.

Names of donating persons will also be published on our website.

You can pay us in following ways:

Please mention ‘KitDonation’ in the payment remarks while making the payment. Also share the screenshot and your name to 9625932438. This will help us maintain transparency.

Remember, We are only safe when our Frontline Warriors are safe.

We are extremely thankful to the people who have donated for this noble cause:

Do you know that 1 out 7 couples i.e. 15% of couples in India are facing Infertility and are unable to conceive despite trying. The infertility rate is increasing day by day. Do you want to know why some couples do not conceive? In this article, let’s understand the top 6 reasons or causes of Infertility in women and men. We will also discuss their solutions.

Causes of Infertility in Female/Woman :

Causes of Infertility in Male/Man:

So, we hope you have understood the Top 6 reasons of Infertility. If you have any questions, you can contact us here.

Hundreds of our patients have become parents after our infertility treatment. Some patients conceive by oral medications, some conceive by IUI or Laparoscopy and a lot many become pregnant by IVF. You can watch our patient testimonials here on our Youtube channel.

Gunjan IVF World is where the family begins.

IVF (In Vitro Fertilization) is often the last medical option for couple trying to conceive. It’s time consuming, expensive and requires whole hearted commitment from you. IVF Success rates range from 35-55% depending on you and your partner’s fertility & the fertility clinic. It means that all those who go for IVF may not conceive in the first IVF cycle. So, it becomes absolutely necessary for you to do the right things before, during and after the IVF treatment. In this article, we will tell you 10 things you should do to improve IVF success chance?

If you follow these simple things, you can improve IVF success chance to a great extent. If you want to know more about IVF or Test Tube Baby treatment, please read our blog IVF : A step by step guide

If you have difficulty in getting pregnant, Gunjan IVF World team would be happy to help you. We have IVF success chance or IVF success rates greater than 60%. Our take home baby rates are more than 90%. You can contact us here

Why do you need egg freezing?

What is the preparation of egg freezing?

Before you plan to extend your fertility, take note of the following points:

What is the procedure?

In the egg freezing procedure, a woman may choose to have the eggs thawed, fertilized and transferred to the uterus as embryos to facilitate pregnancy in the future. It involves stimulating the ovaries with hormones to produce multiple eggs, thereafter retrieving the eggs from the ovaries and taking them to the laboratory. Here, at the lab, they are cooled at subzero temperature to be thawed at a future date.

Women under 38 years and wishes to preserve the option of having healthy, genetically related children for a later date. Egg freezing has proved beneficial for women who anticipate becoming pregnant sometime later in the future. IT enables them to become a genetic parent using their frozen-thawed eggs. Plus, reduces the risk of having children with chromosomal abnormalities associated with ovarian aneuploidy. Women with no partner or case of women moral concerns egg freezing is a suitable alternative to embryo freezing.

Egg freezing is popular since the late 90s. Used for fertility preservation for young women suffering from cancer who are at risk of sterility as a result of the disease or its treatment.

Costs and side effects

Egg freezing is currently an expensive affair. The procedural cost of retrieval and storage of eggs similar to the IVF procedure may vary between Rs.50,000 to Rs.100,000. Once the eggs frozen, the cost of retaining them in frozen stare recurring annual cost and varies between Rs.15,000  to Rs.30,000 per year.

The risks and side effects associated with the procedure are either nil or short-lived. The side effects reported are mainly as a result of the hormonal fluctuations caused by medications. PMS symptoms headaches, mood swings, insomnia, breast tenderness, bloating or mild fluid retention are common problems faced by women.

IVF-All you need to know about

Overview-what is IVF or In vitro fertilization

IVF is the most effective form of reproductive technology helps with fertilization, embryo development and implantation. It’s a series of complex procedures of insemination where an egg combined with sperm outside the body in a glass in a laboratory. Then, the fertilized eggs transferred to the uterus. A complete cycle of IVF takes around three weeks. It primarily aims to prevent genetic problems and assists with the conception of, child.

If you plan to conceive through IVF treatment, there are several stages which you need to undergo :

Who are the right candidates

IVF procedure has proven to be a miracle for:

What is the success rate

The success rate of IVF depends on certain factors including infertility cause, age factor and, where treatment’s done. According to research, depending on the age, the statistics claim that:

An IVF treatment cycle is pretty much an expensive affair. The average cost for IVF ranges from Rs 70,000 to Rs 2,50,000. Besides, the medications vary according to the need

The risk associated with IVF procedure

There are several risks involved with IVF as discussed below:

Who Should Consider Mini-IVF?

Mini-IVF is a viable option in the following cases:

In some cases, small doses of gonadotropins may also be used to produce few eggs. Alternatively, mini- IVF can also be performed with no ovarian stimulating drugs. This, referred to as the natural cycle, is appropriate in cases of fallopian tube blockage or cases of male sterility. Apart from the stimulating drugs, GnRH antagonist drugs such as Anatagon and Cetrotide are required to prevent early or untimely ovulation.

The success rate for mini-IVF is generally lower than conventional IVF but mini- IVF has a better success rate than IUI ( Intrauterine insemination) with additional benefits.

Though the success rate is lower in comparison, mini- IVF benefits in the manner that it causes no ovarian hyperstimulation syndrome (OHSS). Hence, Mini-IVF is the preferred choice for women at risk of developing OHSS.

Mini-IVF can be operational and work after failed conventional IVF.

The reason being mini- IVF is designed to produce fewer but quality eggs.

Conventional IVF can fail because of multiple factors which include: poor egg quality, stress, failed implantation, hormonal imbalances, etc. Thus, a lower stimulation technique such as mini-IVF can produce the desired effect as it can produce higher quality eggs.

The biggest advantage of Mini-IVF is the lower cost per cycle. The cost of a mini-IVF is generally 50 to 60 percent less than the conventional IVF.

However, mini-IVF costs more than IUI but still, the success rate of mini-IVF is greater than IUI.

The possible disadvantage of mini-IVF is that it is not viable if the number of eggs is needed. Also, if a cycle fails in mini-IVF, there will be no extra embryos for further cycles. We at Gunjan IVF provide the low cost ivf treatment in delhi ncr with a high success rates, because we know the joy of hearing mumma.

To sum up, even though the success rate of mini-IVF is low in comparison to conventional-IVF but looking at its low cost and lower risk of leading to ovarian hyperstimulation syndrome owing to optimized use of fertility drugs, it is a decent enough option for women.